Instagram Facebook Twitter Youtube Tiktok
Menu
Cooking Is Not Rocket Science, But Being A Rocket Scientist With A Secret Weapon Doesn't Hurt
Media
BBQ is like Golf. Just concentrate about how YOU do each time you cook not anyone else
About Us
Keep a Cooking Journal. Every cook is an internal competition…change something and have some fun with it while learning
Recipes
If I can smoke a dayum brisket well, I can color my wife’s hair
Rogue Shopping
Competition BBQ is not a fire management contest. It is about producing the best BBQ.
Partners
I am the Andy Roddick of BBQ. I won a World Championship and married a hot wife
Rogue Shopping
Remember that time my Queso Recipe "Broke the Internet".....well at least the BGE Facebook page 🙂
Recipes
Previous
Next

Doug and his wife, Jennifer, compete on the competition BBQ circuit as Rogue Cookers, based out of South Texas. In over 110 BBQ competitions since 2009, we have won: a World BBQ ChampionShip in 2015 (Houston Rodeo or HLSR);  3 Time Finalist at Houston Rodeo, 3 First Places at World Championships (HLSR in Chicken, The Jack Daniels in Chef's Choice, and American Royal in Potato); 11 Grand/Reserve Championships; and over 225 top 10 calls. Rogue Bbq uses Traeger Grills exclusively for competition since 2014 and the first in Texas to use pellet grills SOLELY for all compitition meats (chicken, ribs, pork butts, and brisket) and ancillary entries such as dessert, chili, margaritas, bloody mary, and chef's choice. 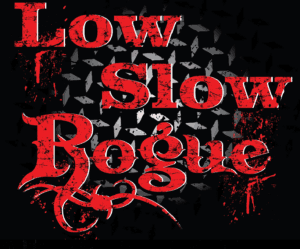 Check out Rogue Cookers on Instagram @RogueCookers to see new recipes under development and available on the internet.  For a complete list of the 35+ published recipes go to the Recipes page on this website to download the complete list that Doug and Jen have out on various websites such as Traeger Grills, Head Country BBQ, and E3 Meat Co.

Here are some of the best Compliments We have Received

Sign up for our emails for events, promotions, new recipes, etc.  starting in 2023